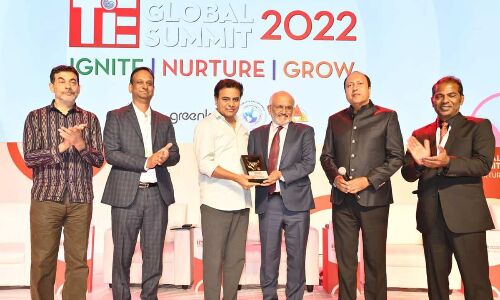 Hyderabad: Telangana will have the distinction of producing 14 billion doses of vaccines which is half of the total production globally from next year, Minister for IT and Industries K T Rama Rao said on Monday.

Speaking at an event here, the Minister said Telangana is the fourth largest state in terms of contribution to India’s GDP though it is just 2.5 per cent in the country’s population.

“Let me tell you that one third of human vaccines produced globally are made in Telangana. Nine billion doses of vaccines are manufactured from Telangana. From next year, this number is going to increase. In fact, the 9 billion doses number is going to go up to 14 billion doses that will be about 50 per cent of global vaccine production,” he said. He further said the per capita income of Telangana has risen by almost 130 per cent during the past eight years, while the gross state domestic product (GSDP) increased by similar growth.

The Minister said IT exports from the state rose by 250 per cent and the agricultural activity has expanded by 119 per cent.

Given the volatile, uncertain, complex and ambiguous world people live in, innovation is a critical means by which countries can create and sustain competitive advantage and drive inclusive growth, he further said.