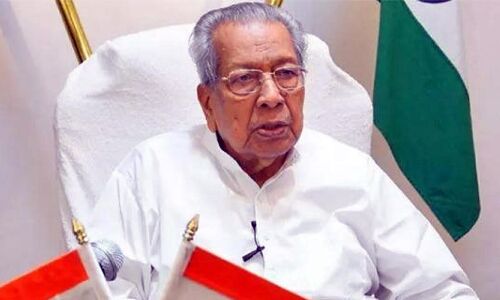 Amaravati: The Andhra Pradesh Governor Biswa Bhusan Harichandan on Saturday remembered Mahatma Gandhi on the eve of Gandhi Jayanti, which will be celebrated on October 02.

The Governor paid glowing tributes to Mahatma Gandhi, the Father of the Nation, who taught Indians the values of truth and non-violence during the freedom movement, on the occasion of his 153rd birth anniversary.

In his message, the Governor said Gandhiji’s teachings have always been an inspiration to world leaders. He urged the people to take a pledge to rededicate themselves to the principles of truth and non-violence.

“Mahatma Gandhi’s supreme sacrifice for the nation and his eternal teachings will always guide us as an Indian race. Gandhiji’s teachings have always been an inspiration to world leaders. The Mahatma’s ways of peaceful resistance and mass civil disobedience were universally emulated. Mahatma Gandhi considered ‘Truth’ and ‘Ahimsa’ as the way of life. Gandhiji lived a very simple life and inspired future generations with his teachings of non-violence. Gandhi Jayanti is celebrated worldwide as the ‘International Day of Non-Violence’. On this day, let us all pledge to walk in the footsteps of the father of the nation and rededicate ourselves to the principles of truth and non-violence,” the communique from the Raj Bhavan stated.