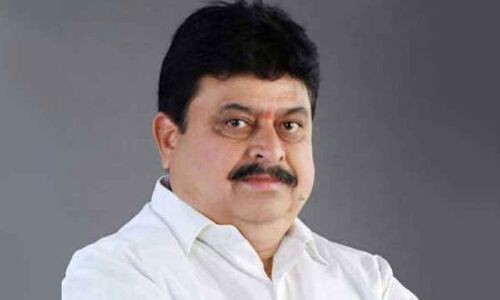 Addressing a joint media conference along with BJP Mahila Morcha State president Githa Murthy, legal affairs convenor Anthony Reddy and spokesperson Katta Sudhakar Reddy, he said, “The State government had unveiled a drama alleging that attempts were made to purchase four of the ruling party MLAs. There are arguments and counterarguments in the Courts and some issues have gone even to the Apex Court. The Supreme Court took objection to certain remarks of the High Court and allowed to grant bail to the accused in the case”.

He said that there are special courts and institutions like CBI and ACB established under special laws. However, the State government shunned letting the ACB investigate as its drama might pop-out and had constituted an SIT asking it to investigate.

“Shockingly, before the SIT is being formed the Chief Minister in a media conference showed the evidence in the poach gate of MLAs. The evidence related to the investigation should be with the investigating agency. But, how the chief minister had gotten it, is the question that CM KCR should answer by appearing and submitting an affidavit in the Court and must also explain to the people of the State,” he demanded.

Besides, Ramachander Rao said that the act of the TRS supremo, to send the alleged evidence to the judges of the SC and HC, amounts to contempt and asked as to how the CM could get prior information about the incidents. “This question should be answered by the chief Minister against the backdrop of allegations of phone tapping”, Ramachander said and expressed his doubt on the number of MLAs’ phones being tapped and on the reason to house the four TRS MLAs in Pragati Bhavan for 22 days.

“Further, the Chief Minister should form an SIT on the corruption and irregularities taking place in the construction of administrative buildings in 23 districts and the State secretariat,” he said and added, “The BJP has the information that large-scale corruption in the form of kickbacks took place in the construction of the buildings and official favors done to the contractors.”

It should be probed as to who the contractors are and how much is invested and spent on the construction of the administrative buildings and the secretariat; he demanded a whitepaper on the same. He called the Chief Minister to skip the G-20 meeting, that will attended by all the chief ministers of the country, amounting to single out the people of Telangana with the country. “The political differences with Prime Minister Narendra Modi should not come in the way of the national interests,” he added.

TTD to release Special Darshan tickets of Rs. 300 for December on Friday