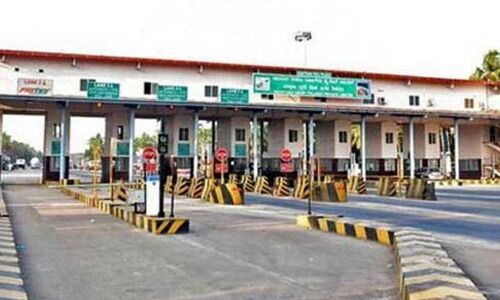 Mangaluru: Despite the National Highways Authority of India (NHAI) having updated the user fee rates at Hejamady toll gate on November 24 to reflect the merger of Surathkal toll gate, which is 10 kilometres away on NH 66, the NHAI concessionaire Navyug Toll Road Company has yet to start collecting the updated fee at Hejamady toll plaza as of December 1 at midnight.

According to reports, the business intends to increase the cost after publishing an advertisement about it in the local media to make people aware of the situation. On Thursday, Udupi DC Kurma Rao told reporters that before the revised toll fee at Hejamady toll gate is put into effect, representatives of the public will meet with NHAI officials. In such forum, he continued, “the complaints, if any, will be discussed.”

Meanwhile, Vinay Kumar Sorake, a former minister of urban development, announced that the plan to stage a protest against fee merging at Hejamady toll gate on December 2 at 9:30 am would not be altered. The employees of the Congress and the members of the other like-minded groups will oppose the double-engine government’s looting of the populace.

He said that the people, as well as taxi owners and drivers from the Dakshina Kannada and Udupi districts, would take part in this demonstration. The democratic staging of a demonstration would be permitted, according to Udupi SP Akshay M. Hakay, but obstructing traffic on NH 66 will not be tolerated. According to SP, there will be enough police deployed at the location to ensure that the security is not jeopardised.

On Thursday, Udupi MLA K Raghupathi Bhat met with Nitin Gadkari, Union Minister for Road Transport and Highways, in Delhi to address the repercussions of raising the toll rate at Hejamady toll gate. Bhat argued that the NHAI’s choice to collect the Surathkal toll gate user charge at Hejamady is an irrational course of action. “I have discussed the merger-related difficulties. I have asked the minister to make the right choice. The minister consented to the December 5 meeting with NHAI representatives. Until the Union minister makes a decision at a meeting of NHAI officials, I have asked the district administration to make sure that the toll at Hejamady won’t be raised, Bhat added.

According to Bhat, while she was campaigning in Gujarat, Shobha Karandlaje, the Union minister of state for agriculture and farmers’ welfare, had arranged a meeting at Gadkari’s office. He continued, “I also had meetings with NHAI officials and outlined to them the issues that the people in Udupi are likely to encounter as a result of the modification of toll rate.

Bitcovault’s CEO: Rishi Sunak can improve the situation with cryptocurrencies