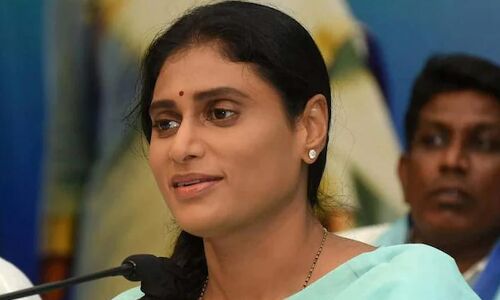 Hyderabad: The police interfered with YSRTP president Sharmila’s fast-unto-death against the TRS administration after she was denied permission for her padayatra. Since there was no permission for the fast, it was interrupted. The police detained Sharmila, who was conducting a hunger strike in front of Ambedkar’s statue in Tank Bund.

She was then forcibly driven off in a police vehicle. The protesters who attempted to obstruct her were pushed aside and arrested.

Speaking on the occasion, Sharmila claimed that KCR has ruined democracy once again. KCR has a history of making mistakes, and this is the beginning of his downfall, according to her. On the other hand, Sharmila is likely to have a lawsuit filed against her.