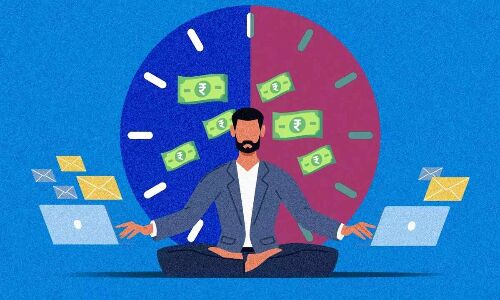 Mumbai: Global tech major IBM, which employs over a lakh individuals in India, on Wednesday termed moonlighting an unethical practice.Moonlighting, the practice of taking up secondary jobs after the regular work hours, has been highlighted by many tech companies of late. IBM’s managing director for India and South Asia, Sandip Patel said, at the time of joining, the company’s employees sign an agreement saying they will be working only for IBM.

“Notwithstanding what people can do in the rest of their time, it is not ethically right to do that (moonlighting),” Patel told reporters on the sidelines of a company event.

Tech players in India are expressing varied opinions on moonlighting or side hustles, where an employee undertakes some other work for extra income. Wipro’s Chairman Rishad Premji had termed such behaviour by employees ‘cheating’.

“You know Rishad’s position on this, right? I share Rishad’s position,” Patel said. When asked about the company’s hiring plans for India, which holds a key role as a talent base and as a market for the company, Patel said migration of employees to their hometowns during the pandemic has not completely reversed and hence, the IT industry has adopted a hybrid model of working.

Calling tier-2 and tier-3 cities as ’emerging clusters’, Patel said the company has plans of deepening its presence in the country. IBM India saw a delivery centre being inaugurated in Mysuru recently and also has offices in Kolkata and the National Capital Region. Meanwhile, the company announced that it has signed up with Airtel to offer its secured edge cloud services to the telco. The Airtel platform backed by IBM cloud satellite will power Maruti Suzuki’s initiatives to streamline play productivity and quality operations, a statement by IBM said. Minister of State for Electronics and Information Technology Rajeev Chandrasekhar also spoke at the event. He told the audience that the country has made progress since the launch of Digital India initiative and has reimagined its ambitions in the post-Covid world.

Some startups and unicorns like Swiggy have encouraged the practice, while most of the traditional companies are calling it cheating.

Petrol and diesel prices today in Hyderabad, Delhi, Chennai and Mumbai on 18 September 2022