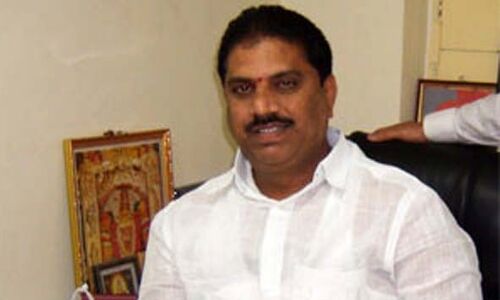 After being denied for cabinet berth in YS Jagan Mohan Reddy government, Vijayawada Central MLA Malladi Vishnu has been appointed as the Vice Chairman of Andhra Pradesh State Planning Commission. The state government has issued an order to this effect on Thursday.

Earlier, there are speculations that Vishnu would be inducted into cabinet in the recent reshuffle. There have been many reports on social media that Jagan is taking Malladi Vishnu, a senior MLA, in his cabinet. However, Malladi Vishnu did not get a ministerial post in the cabinet expansion. CM Jagan learned to have said that Malladi’s services will be used by the government in another way.

Meanwhile, CM Jagan has taken a decision to allocate nominated posts to some MLAs keeping social stigma in view. As expected, orders were issued appointing Vishnu as the Vice President of the Planning Board. Malladi Vishnu will continue in this position for two years and will have cabinet status.