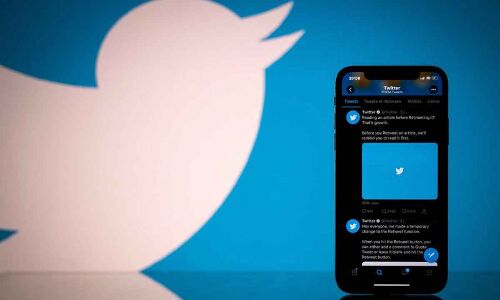 Twitter also said that the edit button will be available only to people who are willing to pay for it. This simply means that the option will not be available for free like any other feature that the platform offers. In an official blog post, the company clarified that initially, the edit option will be rolled out to Twitter Blue subscribers only.

“Edit Tweet is being tested by our team internally. The test will then be initially expanded to Twitter Blue subscribers in the coming weeks. Given that this is our most requested feature to date, we wanted to both update you on our progress and give you and a heads up that, even if you’re not in a test group, everyone will still be able to see if a Tweet has been edited,” the microblogging site noted in the blog post. Now, this simply means that the edit button will not be available for all users, at least in the initial days.

Now, Twitter has said that tweets can be edited “a few times in the 30 minutes following their publication”. The company confirmed that the “edited tweets will appear with an icon, timestamp, and label so it’s clear to readers that the original Tweet has been modified.” “Tapping the label will take viewers to the Tweet’s Edit History, which includes past versions of the Tweet,” the company stated in the blog post. “The time limit and version history play an important role here. They help protect the integrity of the conversation and create a publicly accessible record of what was said,” the company added.

Twitter said that it is now testing the edit tweet feature with a smaller group to help “incorporate feedback while identifying and resolving potential issues”. The social media company confirmed that the edit tweets option would be rolled out to Twitter Blue subscribers later this month. Notably, Twitter Blue is still not officially available in India. So, with the edit button coming in, we can also expect the subscription to launch in the country very soon.

What Stays on Facebook and What Goes? The Social Network Cannot Answer