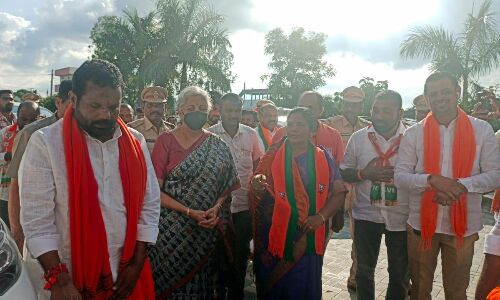 Sitharaman was given a grand welcome by organizing a huge bike rally from Kanyaka Parameshwari Temple on Sirisilla Road to Satya Garden. A meeting was held with BJP president and secretaries of 7 assembly segment constituencies under Zahirabad Parliament at Satya Garden on party activities and future course of action.

Talking to reporters in Kamareddy, she said that the Telangana government is changing the names of central government schemes and implementing them.