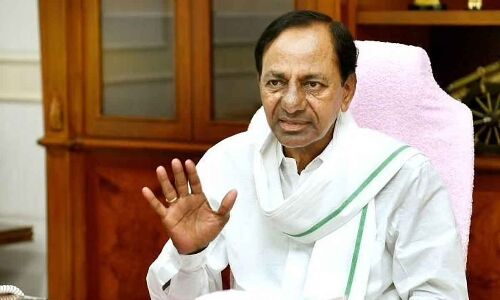 Chief Minister Sri K Chandrashekhar Rao decided to name the new Telangana State Secretariat, which is under construction, after World Intellectual and Father of Indian Constitution Bharat Ratna Dr Bababsaheb Ambedkar. CM KCR issued instructions to the Government Chief Secretary to take action in this regard.

On this occasion, CM KCR said ” It is a proud moment to all Telangana people that the state’s main administration headquarter – Secretariat is named after India’s Social Philosopher and highly intellectual Dr BR Ambedkar. This decision is exemplary for India. The Telangana government is moving forward by adhering the philosophy of Ambedkar that all the people of India should get equal respect in all fields. The aspiration of Ambedkar are embodied behind achieving Telangana a role model status in the country within a short time in the self governance by promoting all sections of people at high level in the social, political, economic and cultural fields. Because of incorporation of Article 3 in the Constitution by Dr Ambedkar, the Telangana has been formed as separate state. The Telangana state government is governing the state with human face for SC, ST, BC, minority and women communities as well as poor upper caste people by implementing BR Ambedkar’s constitutional spirit.

Ambedkar’s dream of India has a unique democratic character of diversity. Ambedkar’s spirit guides us that only by implementing the federal spirit, equal rights and opportunities will be provided to all communities. The real Indianness is that the people of India are respected equally without discrimination of caste, creed, gender and region, and equal opportunities are provided to all. Then only , the real India will be unveiled. Our efforts will continue for that. Moving forward with vision in all fields, Telangana State, which stood as an example for the country in the past, is once again standing as an example for the country by naming the state secretariat after Dr BR Ambedkar

The demand to name India’s new Parliament building after Dr. Ambedkar’s is not just a small issue. The Telangana Assembly already adopted an unanimous resolution in this regard as it is only a befitting honour to the architect of the India’s constitution. A letter will also be written to Prime minister of India regarding the same. Considering the Telangana Government’s demand to name Parliament building after BR Ambedkar, I am reiterating the demand to the union government to Parliament Building afterAmbedkar, he said

Petrol and diesel prices today in Hyderabad, Delhi, Chennai and Mumbai on 15 September 2022