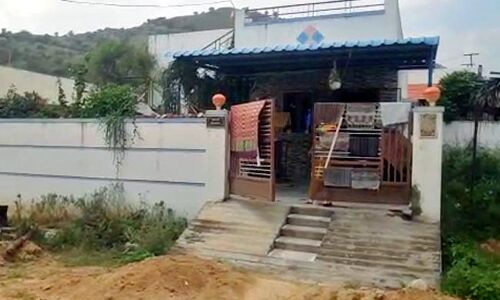 The suicide case of a young woman Mohana Krishna (19) from Reddyvaripalli village of Chandragiri mandal of Tirupati district has taken a turn. In the recently revealed postmortem report, it was found that it was not suicide but murder. The report revealed that someone strangled Mohanakrishna. The Chandragiri police have registered a case of suicide and murder.

Going into the details, Muni Raja Kumarai Mohana Krishna from Reddyvaripalle is studying Intermediate. She has been in love with Vikas from Anjaneyapura for five years. Their marriage was refused by their elders due to their caste differences. Counseling was also done at the police station. In this order, the young women and young men were kept away by both the families.

However, the police received information that Mohana Krishna committed suicide by hanging herself from a fan on July 7. The family members said that the young woman committed suicide as they did not accept the love. The body was shifted to SV Medical College for postmortem.

Meanwhile, the newly revealed postmortem report revealed that the young woman was murdered, and the police started an investigation in that direction.